The ’70s was a great decade for music. Genres like funk, disco, soul, and punk grew in popularity, and rock’n’roll continued to take the world by storm. The ’70s were also a golden era for vinyl, so it’s no surprise that most 70’s music sounds better on vinyl.

Each of these records has its own fascinating story. Let’s discuss why they’re must-haves for any vinyl enthusiast and ’70s music lover. (Note: All vinyl records are available on Amazon.com.)

For Springteen’s third record, he and his co-producers moved to a higher-budget studio and created, allowing them to create a more layered and complex album than his first two projects. The title track features piano, glockenspiel, guitar, and saxophone. On vinyl, these instruments create a wall of sound that make for an unforgettable listening experience.

Lyrically, this album is full of blue-collar love stories and tales of making ends meet, and the album sees Springsteen’s storytelling at its best. Perhaps the best imagery is found in “Meeting Across the River.”

This vinyl record is easy to find, and you can find it new or used on Amazon. It usually doesn’t fetch a high price. 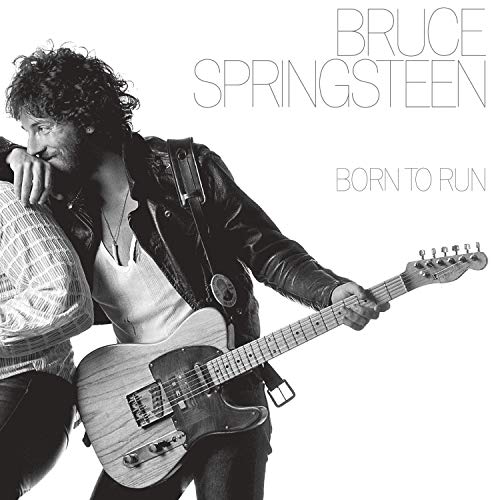 In Blue, Mitchell is vulnerable and emotional, and she lays her life bare for listeners as the songs describe the joys and pitfalls of love. Production is sparse so listeners can focus on the lyrics, which are heartbreaking, witty, and wise. 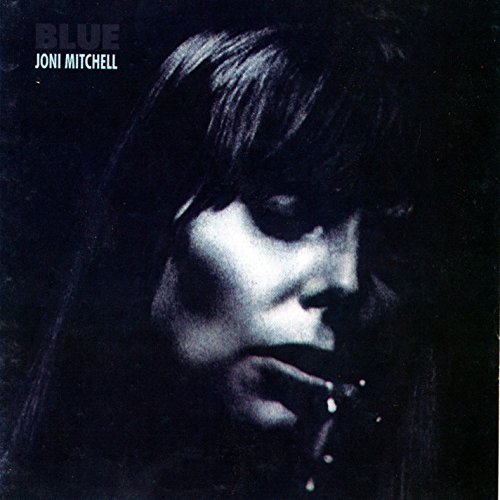 Bridge Over Troubled Water should be listened to on vinyl for its title track alone. The song is gospel-tinged and swells like a hymn with Garfunkel’s vocals. On all the other tracks, the duo’s harmonies are complemented by lyrics that are either chirpy, like in “Cecilia,” or narrative, like in “The Boxer.”

This album was one of the biggest-selling albums of the ’70s, and it’s clear to see why. It spans gospel, rock, R&B, and classical, giving it a unique sound even when listened to today. There’s also a range of interesting sonic details that make for an album full of surprises, such as the skiffle beat on “Why Don’t You Write Me.” 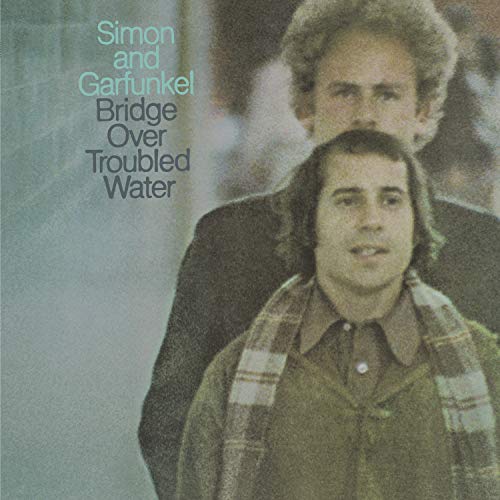 What’s Going On is one of the most politically charged albums to come out of a politically charged decade, and its commentary revolutionized soul. The opening track is the anti-Vietnam protest anthem “Mercy Mercy Me,” a lament of humanity’s mistreatment of the environment. The album closes with “Inner City Blues,” a discussion on Black poverty.

In addition to its social importance, what makes this album one of the greats is Gaye finding his signature soft, floaty voice. His singing is softer on this album than on his previous records. The result is smooth and sounds great on vinyl. 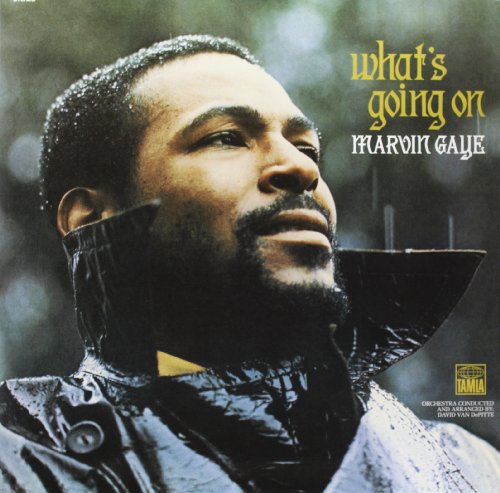 Hunky Dory was the beginning of David Bowie’s ascent to his glam-rock superstar status, so it has a well-deserved spot on any vinyl lover’s shelf. Musically, this is one of Bowie’s most engaging albums. From a lyrical perspective, the songs are written literally enough to get his ideas across without going too far into his poetic side and losing clarity.

The backing, especially the string instruments, sound great on vinyl and don’t oppress Bowie’s vocals in any way. A standout track on the album is “Quicksand.” It shows Bowie at his vocal best: the verses are clear, controlled, and offer a view into Bowie’s intellect that some of his other tracks fail to do. Another one is “Life on Mars?” with its socially-conscious lyrics and classic Bowie eccentricity. 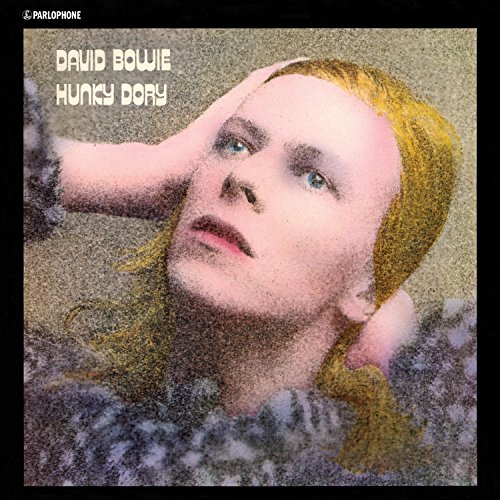 Rumours became the fastest-selling LP of all time upon its release, and this success made Fleetwood Mac a cultural phenomenon. This is pop with a shiny, nice-sounding surface, but with something complicated and dark underneath, a theme that has stood the test of time.

With the addition of Lindsey Buckingham and Stevie Nicks to the group, the band transformed from a British blues band into a California folk-rock group. This album was made while all members were going through relationship hell with each other. Still, it somehow sounds pleasant and light, even with the darker subject matter of some of the tracks.

This album is Buckingham at his best, with “Never Going Back Again” and “Go Your Own Way” being clear standouts. Nicks, for her part, has “Dreams,” a beautiful plea to lost love, and Christine McVie shines on “Songbird.”

The instrumentation is sparing in a good way. It allows the vocals and lyrics to shine through and is especially sweet on “Never Going Back Again.” Overall, it’s a great album and deserves a place in any vinyl lover’s collection, especially since it’s an exclusive limited edition. 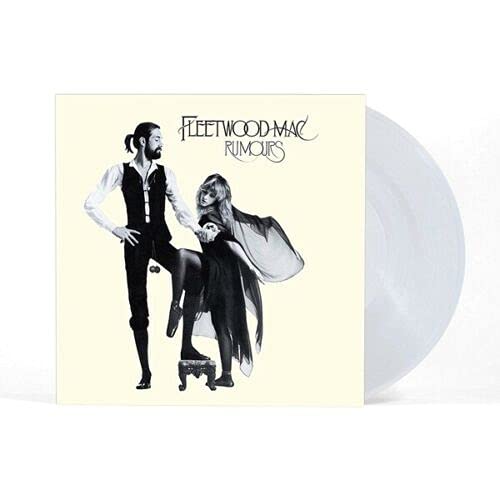 The Clash closed out the decade with London Calling, a double album that’s both unsettling and clever. It’s overall a great, politically-charged punk rock masterpiece.

The album hops genres, voyaging into punk, R&B, reggae, and rockabilly. There are very few dull moments, which is quite the feat on a piece that’s 18 tracks long. “Spanish Bombs” is a standout track becaus of its sharp political commentary and evocative imagery.

The opening title track, which is perhaps The Clash’s best known song, also deserves a special mention. Its call-and-response vocals and world-building sound amazing on vinyl. 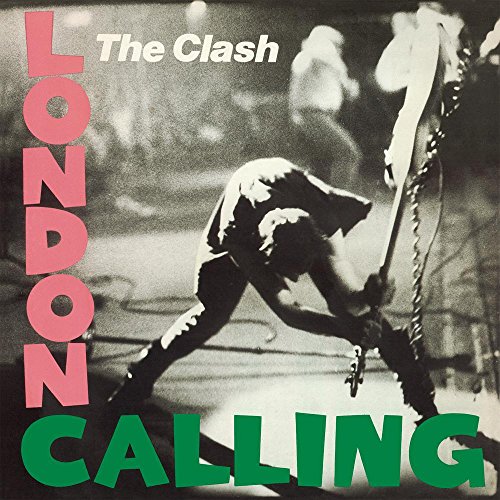 You’ll want to pick up a special remastered edition of The Dark Side of the Moon on vinyl for its incredible sound, of course, but don’t you also want that iconic cover on your shelf?

This album is a classic, and with its psych-influenced soundscapes and philosophical lyricism, it deserves that title. Roger Waters’ lyrics are at their best, exploring themes of mortality, madness, conflict, and social alienation. Listening to the album offers a peek into the state of society during the ’70s.

David Gilmour’s guitar work is incredible on this album. Combining synths and tape splicing, the album successfully pushed sonic boundaries to create a masterpiece that doesn’t sound like anything else. The Dark Side of the Moon is one of the best-selling records of all time, and music enthusiasts will continue to buy it for years to come. 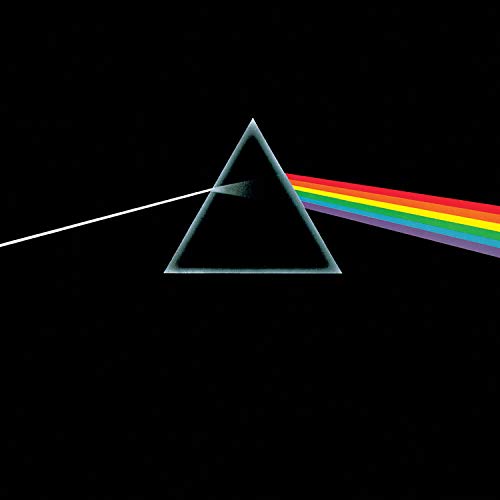 Bob Dylan had a string of incredible records in the ’60s. But by 1975, Blonde on Blonde was considered the last of Dylan’s great albums. Enter Blood on the Tracks, arguably Dylan’s most personal work.

The album is incredibly sung and the lyrics are self-conscious and emotional, offering insight into Dylan as a person. Sonically, the album is warm and rich, filled with organs, acoustics, and rhythm sections.

With this album, Dylan proved that he wasn’t finished making great music and was still capable of making an album worthy of being featured on any vinyl shelf. 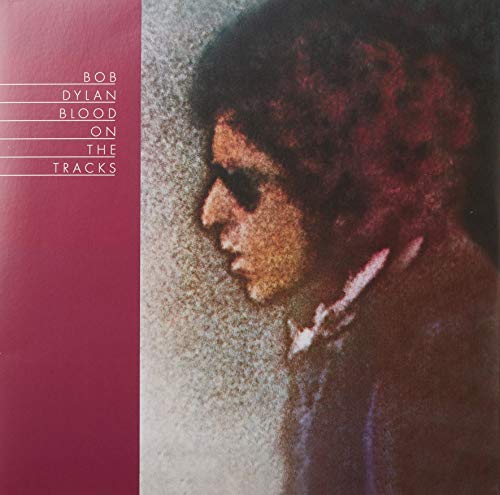 Unknown Pleasures is a dark-but-charming debut album in which Joy Division transcended punk and went somewhere sadder. The bass-driven soundscapes on this album perfectly capture its melancholic tone, in no small part thanks to producer Martin Hannett’s ear for ambiance. The lyrics of Ian Curtis are emotional and unflinching.

The record is sincerely disturbing, especially within the context of Ian Curtis’ suicide. “She Lost Control,” a standout track on the album, was written about the death of a girl who was in a constant battle with epilepsy. It features straightforward lyrics that are haunting and captivating.

Perhaps more than any other album on this list, Unknown Pleasures establishes a truly immersive atmosphere, one that completely envelopes the listener into the listening experience. Bernard Sumner’s guitar riffs shine, Peter Hook’s bass hooks are catchy, and Stephen Morris’ drum work is a heartbeat that enhances all of the musical genres taking place in the album. 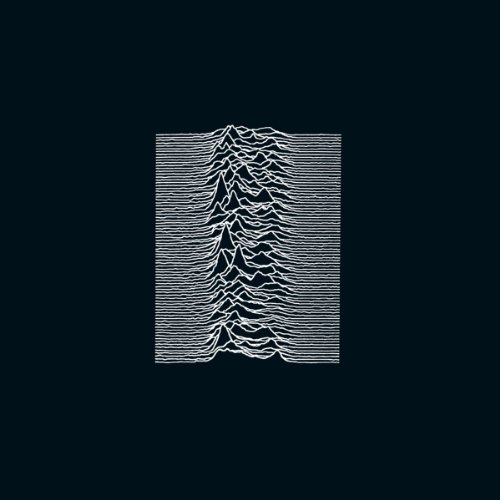 This album was recorded during a time when the band struggled to get all its members to show up for recording sessions. Still, the unpolished realism that came about on Exile on Main Street made imperfection cool.

Even though it doesn’t have any of The Rolling Stones’ best-known songs, Exile is the band’s most universally acclaimed album, proving that it’s built not on one or two hits but a consistent and relatable vibe.

Exile on Main Street is one of the more expensive vinyl records on this list. However, the listening experience is well worth the price. 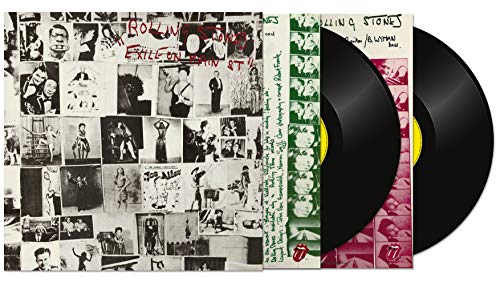 Bitches Brew is one of the most revolutionary jazz records of all time. With some tracks clocking in at twenty minutes or longer, it’s no surprise that Miles Davis studied boxing and trained his body to perform them. These tracks aren’t just great songs; they’re also acts of physical prowess, especially “Miles Runs the Voodoo Down.”

In Bitches Brew, Miles introduced rock-inspired arrangements and instruments like guitar and electric piano, which completely broke the mold of jazz at the time. The album splices together jazz improvisation and incantations that sound incredible on vinyl and laid the foundation of the genre of jazz rock.

This is a record for jazz fans and all music lovers. It’s a confrontational and beautiful album, well-worthy of its place on this list and your shelf. 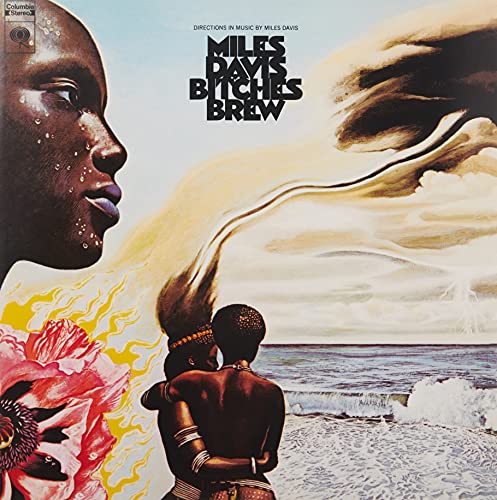 Led Zeppelin’s fourth album saw them reach their hard-rock peak. The album that has “Stairway to Heaven” on it deserves to be in any vinyl lover’s collection, and the riff from “Black Dog” is one of the greatest of all time.

John Bonham’s drumming has never sounded better than on “When The Levee Breaks,” another standout on this album full of greats. There are only eight tracks on the record, and all of them have something to be admired. They have a wide enough range of sounds to keep the listener’s attention throughout.

“The Battle of Evermore” sees the first of Plant’s Tolkien-inspired lyrics, paired with an epic and medieval-sounding instrumentation.

The success of this record catapulted Led Zeppelin into their hard-rock giant status for a good reason. If you love rock, you’ll love this album. 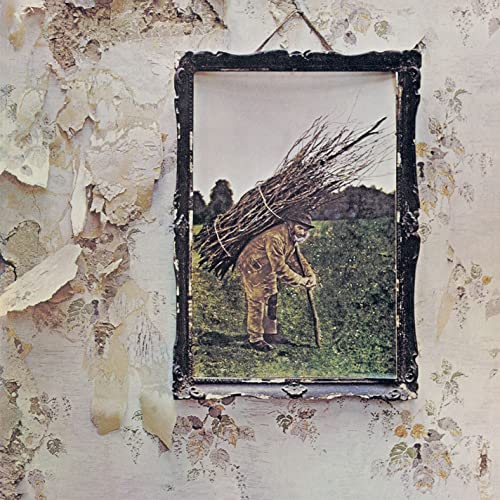 There are 21 tracks on this behemoth of an album. Wonder produced and wrote all 21 and did most of the instrumentals and vocals. He released it as a two-LP album with a 24-page booklet. It’s his magnum opus and is one of the best albums not only of the ’70s, but of all time.

The project was unprecedented in scope, with over 130 musicians listed in the credits. It’s lengthy and sprawling, but that all-encompassing aspiration was the point of the album. With standouts like “Sir Duke” and “Isn’t She Lovely,” the listening experience never dulls. 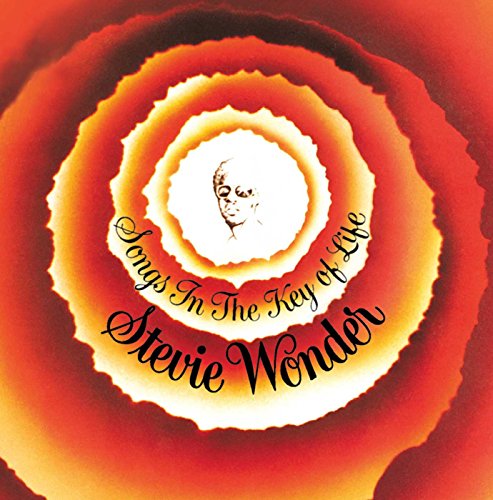 How To Remove Smoke Smell From Vinyl Albums

This post contains affiliate links.Cigarette smoke is unfortunately one of those smells that likes to linger with a vengeance. So it’s not uncommon to come into contact with an old set of smelly albums, especially if you are a collector. This is why it’s crucial to know how to remove the cigarette smoke from your…