Can You Use Goo Gone on Vinyl Records? We all know how annoying it is to get adhesive off something, especially when it’s a vinyl record. In the case of a jar of tomato sauce, you probably don’t care about the state of the jar, so it doesn’t matter how you clean it. However, when cleaning a vinyl record, you want to ensure that the method you’re using won’t damage the delicate surface.

You can use Goo Gone on vinyl records to remove sticky residue that won’t come off on its own. Goo Gone applied to a clean cloth is a safe and convenient way to clean your vinyl records without damaging them.

In the rest of this article, I’ll cover how to use Goo Gone works, how to use it to clean your vinyl records, as well as some popular alternatives to Glue Gone to remove adhesive from records.

How Does Goo Gone Work?

For the most part, when you’re looking for adhesive removers, you’ll find products similar to mineral spirits, and they work fairly well. However, if you’re looking for something that’s a little bit safer to use and won’t damage your vinyl records, Goo Gone is a great product to try out.

Goo Gone works by taking the natural chemicals and enzymes found in citrus fruits and concentrating them. The enzymes and chemicals work to eat away at the sticky residue without using harsh chemicals, making it a great choice for vinyl records.

Many adhesive removers use harsh chemicals that are unsafe to use around children and may cause damage to surfaces. However, Goo Gone is different. Goo Gone uses the natural components of citrus fruits to create a compound that can eat through adhesive.

All you have to do is:

Since it’s formulated from natural citrus fruits, it won’t leave a lingering unpleasant odor that many other products will.

How To Use Goo Gone on Records

Goo Gone is the perfect tool for removing sticky residue from vinyl records. Here’s everything you need to know before wiping down your collection with it:

1. Remove As Much of the Adhesive As Possible

The first step to removing the sticky adhesive from your vinyl records is to physically remove as much of it as possible. That way, the Goo Gone doesn’t have to eat through several layers of adhesive, so you can avoid applying it more than once.

Of course, your best bet is to use a clean microfiber cloth. Don’t use sharp objects like razor blades to scrape away the excess residue, as they will forever ruin the grooves on your vinyl. Doing this should leave you with the minimum amount of adhesive possible. That way, the Goo Gone can do its job fairly quickly.

If you’re concerned about damaging your vinyl record with physical removal, then you can skip this step. You’ll simply need to do a few more rounds of the chemical removal to make sure all the adhesive is removed.

Now it’s time to apply Goo Gone. Here’s a step-by-step on how to do it:

3. Remove All Traces of Goo Gone

Now that you’ve wiped the Goo Gone off with a cloth, you’ll want to use rubbing alcohol to make sure you’ve removed every trace of it.

You can also use soap and water, but rubbing alcohol will be easier to work with and keep your vinyl from getting too wet. That’s because alcohol evaporates extremely quickly.

Now that the Goo Gone is gone (pun intended), inspect your record to see if the residue is gone.

If not, you should repeat steps 1-3 until all adhesive has been removed from your vinyl record. Also, be sure to allow the Goo Gone to sit long enough.

What Are Some Alternative Methods to Remove Goo Gone?

There are seemingly a thousand different methods for removing adhesive from vinyl records, and nobody can agree on which one is best. The most common alternative methods are using lighter fluid, playing the record, using a stylus brush, and cleaning with distilled water.

Across all of the vinyl record forums and online groups, lighter fluid seems to be the most popular choice for removing adhesive. It’s cheap, and most of the time, you already have it around the house.

To use lighter fluid to remove adhesive, you’ll use it just like Goo Gone:

Another alternative method, which is super simple, works very well if the adhesive has actually made its way into the record’s grooves. Here’s how to use this method:

As the stylus runs through the affected area, it will slowly chip away at the adhesive until the groove is clear. Remember that this won’t eliminate all the glue, just the stuff inside the groove. So if you’re trying to remove the glue for aesthetic reasons, you’re better off sticking to one of the chemical cleaning methods.

Use a Stylus Brush

If you don’t want to put chemicals on your record, you can try another option — use the stylus brush to chip away at the adhesive.

When you purchase your turntable, it should come with a stylus brush. This is a stiff brush that is meant to be used to scrape any residue off the actual stylus. However, you can also use it for smoothing out imperfections in the grooves of the record, including chipping away at the glue.

Keep in mind that using a stylus brush does have the potential to mar the surface of the record with scratches. So, if you’re trying to avoid that, you’re better off trying out a different method.

Another suggested method that people swear by is simply using any household spray polish. Users suggested spraying it onto a microfiber cloth then wiping away at the adhesive. This is a gentler method, so it may not be the best if you have a lot of residue to remove. But it’s an easy one that won’t harm anything. So, it’s worth a shot if you have some spray polish sitting around.

One last method that I’ll mention is using a dishwasher detergent solution made with regular dishwashing detergent and water. Apply the mixture to the adhesive-covered area, let it sit, then wash it off. Like with the other methods, you may need to repeat this process several times for the adhesive to be fully removed.

Glue Gone can be a great product to try out if you have a stubborn adhesive that simply won’t come off your vinyl records. It’s safe to use on vinyl, and because of its formulation, it’s non-toxic and safe to use around the house. It’s made from natural citrus enzymes that eat through the adhesive to remove it from various surfaces.

If you’d rather use an alternative solution, you can also try using lighter fluid, household spray polish, or dishwashing detergent. Other popular methods include scraping the adhesive away by letting the turntable run or using a stylus brush. What Are Blank Vinyl Records? (Let’s Find Out)

This post contains affiliate links.Maybe you happened upon a box of blank vinyl at the record store or are researching how to make your own vinyl mixes. Whichever the case, information about blank records is few and far between.  Blank vinyl records can be used as decoration or turned into your own personalized vinyl. You’ll… 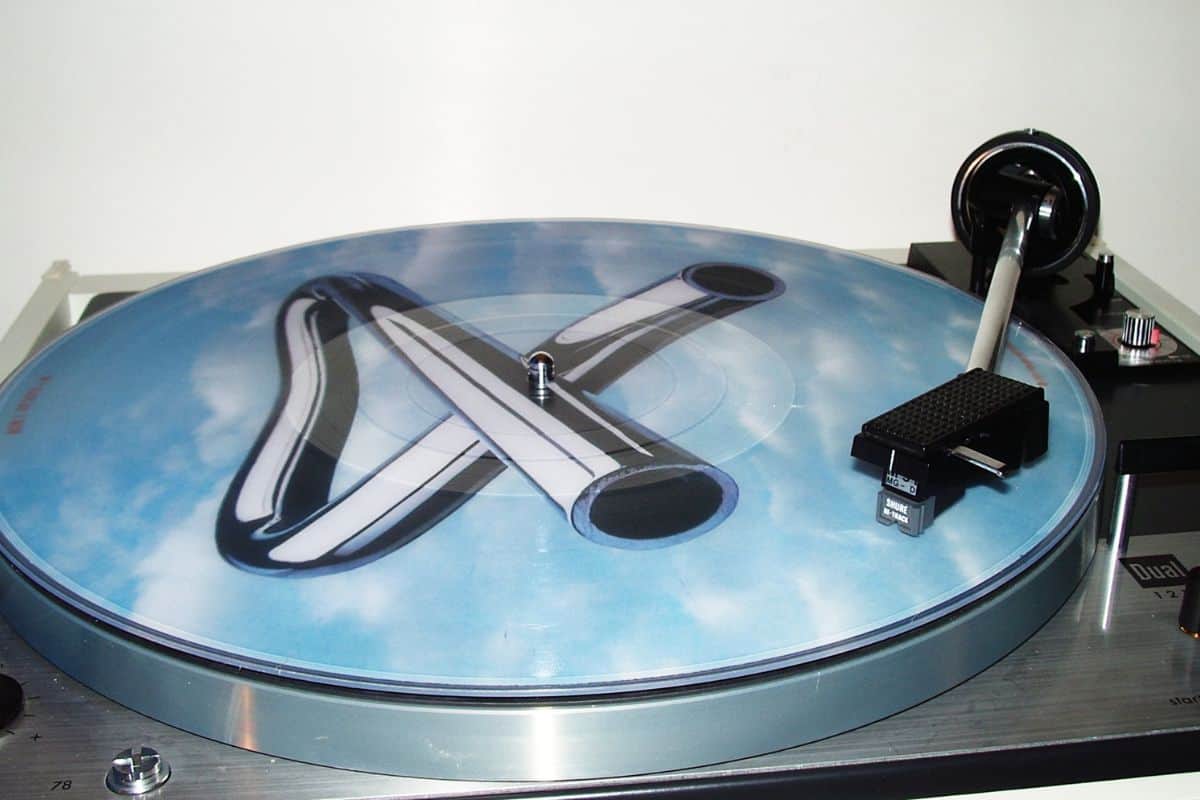 This post contains affiliate links.I love music, from the acapella at church to the sound of my surround sound system. Yet, one memory impossible to replicate is the joy of listening to my grandpa’s vinyl collection. The sounds from my childhood memories are difficult to duplicate with any other type of music. A picture disc… 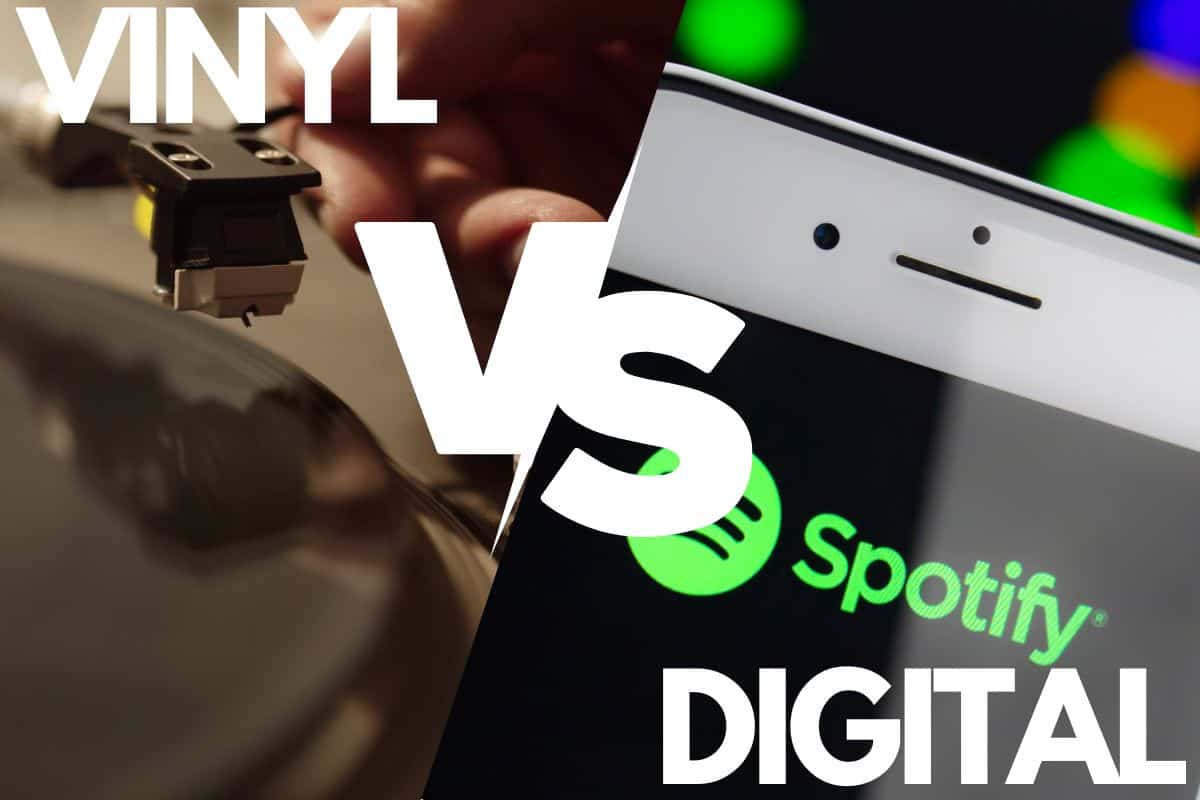 Vinyl vs Digital: Which Sounds Better?

This post contains affiliate links.If you’re a music lover, you may have come across people arguing over whether digital or vinyl music is “better.” Although it can be argued that the answer ultimately depends on who’s listening, going into more detail on both might help settle the debate once and for all.  Vinyl records use…